This is a partly remake of my former video of Prague (2007), because in some parts the graphical quality of that video was not so good. In no other city I visited, I felt such a strong interweaving of the past in the present. Some additional informatio...

This is a partly remake of my former video of Prague (2007), because in some parts the graphical quality of that video was not so good. In no other city I visited, I felt such a strong interweaving of the past in the present. Some additional information: 00:06 The Church of Our Lady before Tyn was founded in 1385. The two spires are not symmetrical. This is characteristic of the gothic architecture of that time, it represents the masculine and feminine side of the world. 00:20 The Jewish Quarter Josefov. The name Josefov refers to the emperor Josef II, who improved the living conditions for the Jewish in Prague. The Jewish Quarter contains the remains of Pragues former Jewish ghetto. 00:40 The Rudolfinum (opened in 1885) is a music auditorium and one of the most important neo-renaissance buildings in Prague. In front of it is the Golden muse Statue. It is situated on the bank of the river Vltava. Currently it is the seat of the Czech Philharmonic Orchestra. 00:55 The Gothic Powder Tower lies next to the Municipal House The construction of the 65m tall Powder Tower begun in 1475. Together with the Old Town Bridge Tower, the Powder Tower is the only existing part of the former Prague Old Town fortification. It used to form one of the 13 entrances to the Old Town. The tower got its present name in the 17th century when it was used to store gunpowder. 01:08 The Municipal House is the most spectacular art nouveau building in Prague. Its construction dates back to the beginning of the 20th century. Since then it has been the host of many concerts and exhibitions. 01:41 The astronomical clock or Prague Orloj at the Old Town Square. The mechanical clock and astronomical dial, dates back to 1410. In 1490 the calendar dial was added. The Orloj was heavily damaged in May 1945, just before the German capitulation in Prague. In 1948 the Orloj started working again. The figures of the 12 apostles, blessing the city at every hour were added, during the major repair work carried out between the years 1865-1866. 02:29 The Strahov Monastery was founded 1149 by the Premonstratensians, a religious order of canons founded in 1120 by St Norbert from Gennep (NL) as an independent part of the Catholic Church. Today, the monastery is of great importance in the history of the Czech Republic. In 1989 its archives housed over 6 million items. The Strahov library contains over 900 thousand volumes and 300 thousand works of expressive art. 02:39 The Theological Hall was completed in 1679. It now stores more than 18,000 volumes. The Baroque concept of the library is demonstrated by the shelves; unlike the Romanesque treasury system or the Gothic desk system, the books were stored upright. A number of globes (both astronomical and terrestrial) line both sides of the Theological Hall. Some of them come from the workshop of the Rotterdam-based family Blaeu, which specialized in manufacturing maps, atlases, and globes over several generations in the 16th and 17th centuries. 02:56 The Charles Bridge, as you can see it today was constructed between ca 1357 and 1402. It is 516 meters long and nearly 10 m wide, resting on 16 arches shielded by ice guards and protected by three bridge towers, two of them on the Lesser Quarter side and the third one on the Old Town side. 03:30 The Dancing House is built between 1994-1996. The office building is also called Ginger & Fred, referring to Ginger Rogers and Fred Astair - the legendary dance duo. It is an example of an architecture, with an unusual shape - you can see a couple (woman and man) dancing together, holding their hands, with a skirt that sways to the music. 04:17 The Loreto Church was built during the 17th century as part of the Catholic campaign to attract the Czechs back to Catholicism. 04:53 After the Bishops Palace in the Lesser Town was burned down in 1420, the Habsburg ruler Ferdinand I. decided to build a new imposing palace on Hradcanske square near Prague Castle. First the palace was build in renaissance style, Later it was rebuilt in baroque and in the 18th century, in rococo style. 5:03 The Saint Vitus Cathedral is a Roman Catholic cathedral and the seat of the Archbishop of Prague. The present day Gothic Cathedral was founded in 1344. The building of it took a long time until the 15th century. 05:20 The State Opera, a neo-classical building, built at the end of the 19th century. 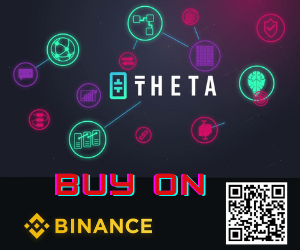